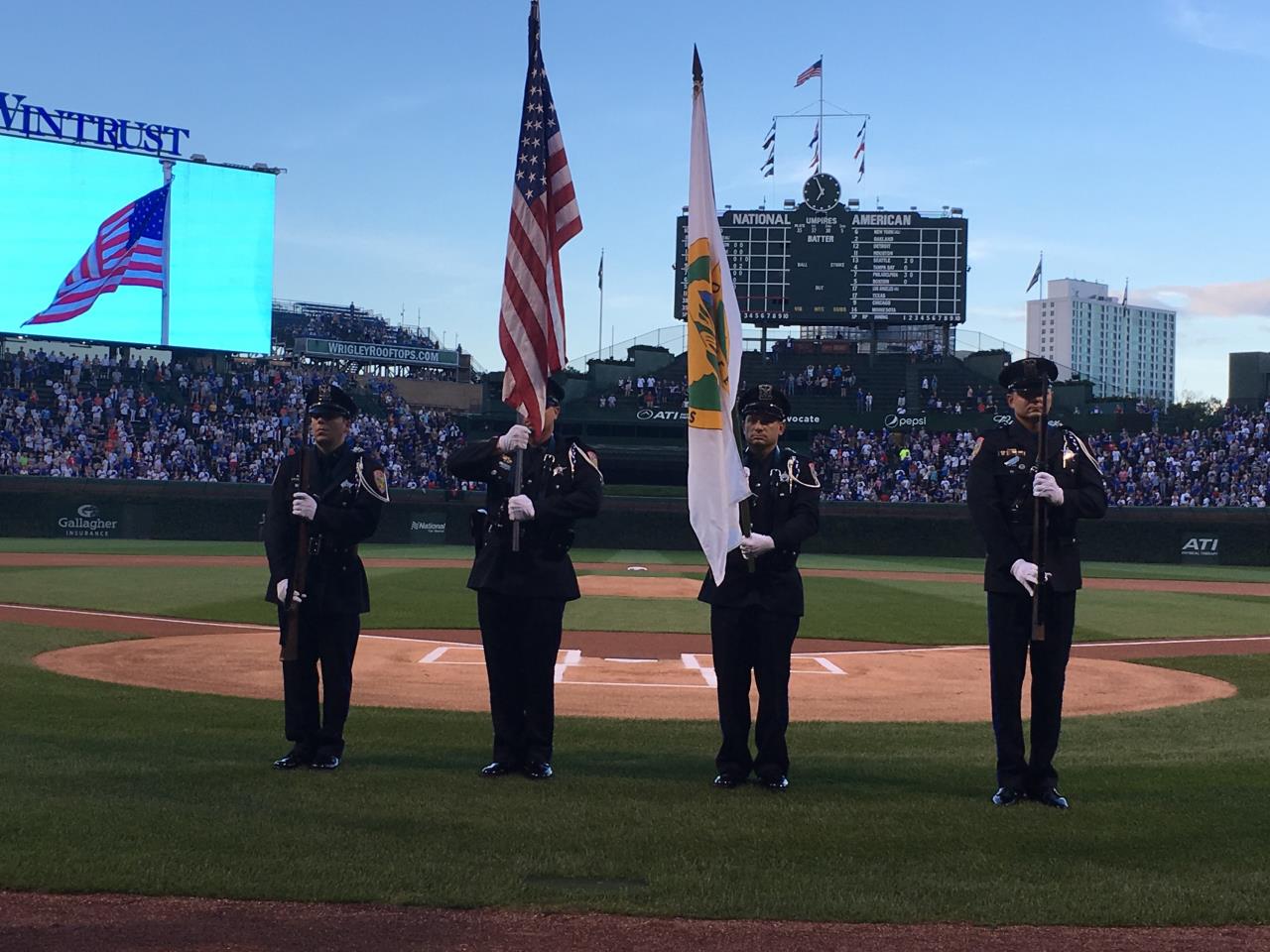 In what was a once-in-a-lifetime opportunity, the Wood Dale Police Department Honor Guard recently visited Wrigley Field to honor the nation by presenting the colors at the evening’s game on Tuesday, August 20.

“I took great pride in being able to do this,” said Officer Adrian Rygula of the Department. Rygula coordinates the Honor Guard and was tasked with organizing its involvement at Wrigley. “I love the Wood Dale community, and to be able to represent the City – you never think you’ll get to experience something like this.”

Rygula, a Polish immigrant, grew up on the north side of Chicago where he was able to experience baseball for the first time. His love for the sport began during Sammy Sosa’s famous home run record chase in the late 90s. “I felt like a little kid walking onto that field, seeing all the people. It was surreal,” Rygula explained. His favorite part? Standing near home plate where all those home runs took place.

Rygula was joined by fellow Honor Guard members, Officers Justin Bjes, Dan Drost, and Mike Danzi. “They’re the biggest Cubs fans I know,” added Rygula in regard to choosing members of the Guard to represent with him.

He further explained that while stepping onto the field was an honor in and of itself, the experience of walking into the stadium was also moving as passersby showed their support by thanking the officers for their service and cheering for them as they walked by.

“I already had a smile on my face,” Rygula said. “But they made it even better.”